An Important Update regarding All Communications More Info

The SOS VDA Program creates an efficient and collaborative settlement process for determining the Holder’s past due unclaimed property bringing the Holder into compliance with the Abandoned or Unclaimed Property Law for prior reporting years.

The SOS VDA Program is designed to reach a final agreement on past due liabilities as quickly as possible from the day Holders enter, and no later than two years after the date of enrollment. After entering and completing the SOS VDA Program, Holders that fulfill its future annual reporting requirements for the three post VDA report periods are protected against an unclaimed property examination for historic liabilities for the property types and entities reviewed as part of the SOS VDA.

The State of Delaware’s Abandoned or Unclaimed Property Law is found in Chapter 11, Title 12 of the Delaware Code.  Under 12 Del. C. §1173, the Secretary of State is permitted to settle abandoned or unclaimed property voluntary disclosure agreements with Holders. Subject to the exceptions noted in 12 Del. C. § 1173(e), the SOS VDA Program is available to any Holder as defined by 12 Del. C. § 1130(9) that has possession, custody or control of abandoned or unclaimed property on its books and records which may be reportable to the State of Delaware.

The following are not eligible to enroll in the SOS VDA Program:

Holders have enrolled in the SOS VDA Program for the following reasons, among others:

As detailed in 12 Del. C. § 1173, benefits for Holders that enroll in the SOS VDA Program include the following:

A Holder enrolls in the SOS VDA Program by executing Form VDA-1 – Notice of Intent to Voluntarily Comply with Abandoned or Unclaimed Property Law (hereinafter referred to as “Form VDA-1”). Form VDA-1 must be signed by an authorized person, entity representative, or officer of the company.

Form VDA-1 may be submitted electronically or by mail to the following:

A copy of the Form VDA-1 can be found on this website on the Steps to VDA page or on the Forms and Guidelines page.

The “Steps to VDA” section of this website describes a typical work plan for enrolled Holders, and for Holders that choose to convert its audit under 12 Del. C. § 1772(b). There is a heavy expectation that enrolled Holders will work diligently to complete the SOS VDA Program as soon as practicable.

Since this is a VDA and not an examination, it is the Holder’s responsibility to do a self-review and present the conclusions consistent with the process outlined in the “Steps to VDA” tab. In this way, Holders have more control over the VDA process and the ability to present its conclusions to the State, as opposed to an examination where the auditor performs the analysis and assesses a liability based on the auditor’s review.

Following enrollment, the goal is to have the Holder submit its report and materials as soon as practicable. A VDA process plan will be implemented on a company by company basis. Pursuant to Delaware law, the maximum time allotted to complete the SOS VDA Program is 2 years from the date of enrollment.

It is important to understand that all Delaware legal entities are subject to the unclaimed property laws of the State, regardless of whether it conducts business in Delaware. After a dormancy period (typically five years), companies are obligated to report and remit any abandoned or unclaimed property to the state of the last known address of the apparent property Owner. However, if the property is unaddressed or has a foreign address, it should be remitted to the State of Delaware.

This order of priority is based on rules established by the seminal U.S. Supreme Court case, Texas v. New Jersey, 379 U.S. 676 (1965). Therefore, it is likely that most if not all Delaware legal entities would have some unclaimed property due and payable to the State of Delaware, even if that legal entity has no operations, vendors or customers in Delaware.

Pursuant to 12 Del. C. §1173(b), the Secretary of State is authorized to request that any company enter into the SOS VDA Program to determine whether that company has complied with the Abandoned or Unclaimed Property Law.

Under this section, companies have 60 days from the date the request was mailed to enroll in the SOS VDA Program by completing, executing and submitting a Form VDA-1 Disclosure and Notice of Intent to Voluntarily Comply with Abandoned or Unclaimed Property Law to the Secretary of State. Form VDA-1 is available on this website under “Steps to VDA”. If a company does not formally enroll in the SOS VDA Program within 60 days after the request to enter was mailed, then the company will be referred to the State Escheator for examination.

Pursuant to legislation that was enacted effective July 22, 2015, the State of Delaware will no longer initiate new unclaimed property examinations unless a company has first been notified in writing that it may enter into the SOS VDA Program. Any company that received at least one letter from the Secretary of State inviting that company into the SOS VDA Program is immediately eligible to be examined under this new statutory provision. The legislation was drafted specifically to allow the State to immediately examine companies that were directly invited to join the SOS VDA Program and come into compliance voluntarily, but chose not to do so. Prior to an examination letter being mailed, companies may still enroll in the SOS VDA Program by completing and submitting Form VDA-1.

The look-back period is 10 report years (or 15 transaction years as Delaware has a 5 year dormancy period for most property types) from the date the Holder enrolls in the VDA.

The Secretary of State expects every VDA enrollee with Delaware domicile entities to reasonably estimate liabilities for periods and entities where records are not available to determine a Holder’s unclaimed or abandoned property. See SOS VDA Regulations and SOS VDA Program Guidelines for information related to estimation.

When the SOS VDA is presented to the State, each submission will undergo a due diligence/validation process as outlined in the SOS VDA Regulations and SOS VDA Program Guidelines. At this time, the Holder may be asked to provide various supporting documentation such as: trial balances, general ledger detail, bank reconciliations and associated back up, voided and outstanding checklists, accounts receivable aging reports, remediation support and any applicable reporting history.

Pursuant to 12 Del. C. § 1189, financial information obtained during the course of voluntary self-disclosure agreements is confidential.

Yes, the State or its designees can communicate directly with the Holder Advocate if permission has been granted by the Holder. 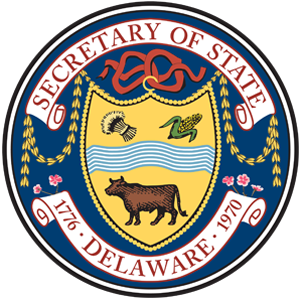